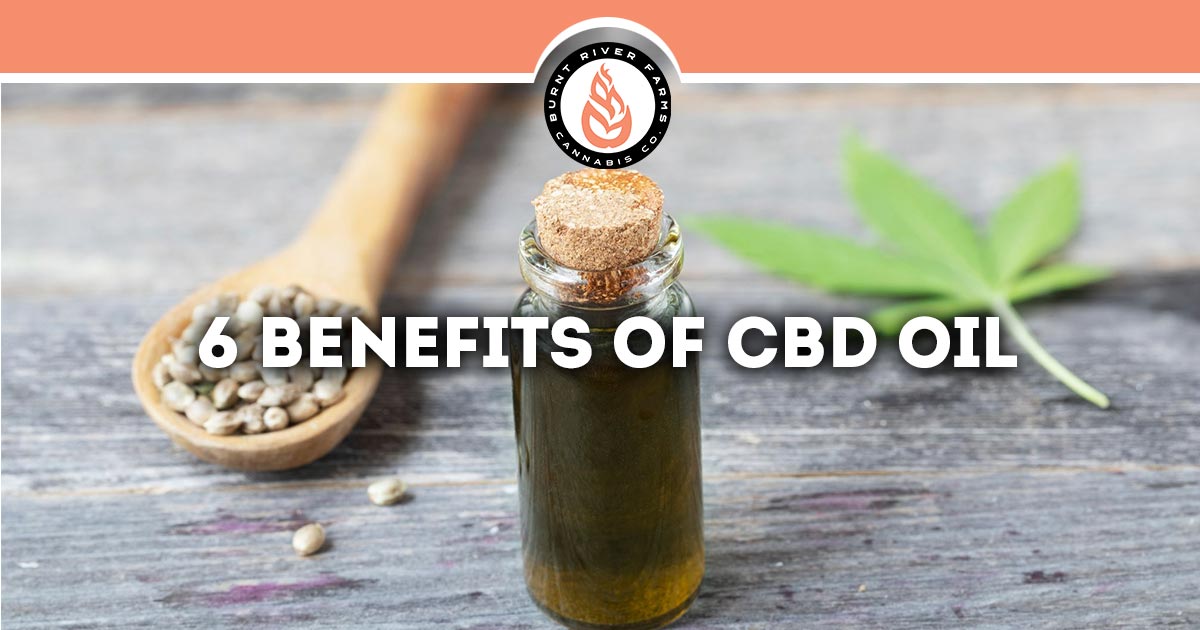 Cannabidiol, also known as CBD, is growing in popularity as an option for treating common ailments. CBD is just one of the many chemical compounds found in cannabis. Unlike THC, which is the primary psychoactive component of cannabis, CBD is not psychoactive and does not give the “high” feeling often associated with marijuana. Therefore, CBD appeals to so many people who want relief from their symptoms without having to worry about the mind-altering effects of cannabis or other pharmaceutical medications.

CBD oil is produced by extracting the CBD from cannabis. It is then diluted using a carrier oil, with hemp seed oil or coconut oil being the most common. Studies have suggested that using CBD oil may help ease symptoms of anxiety and chronic pain. There are also believed to be several other health benefits of using CBD oil. While science still has a long way to go in the study of CBD, there are some benefits that are backed by scientific evidence.

Depression and anxiety are the most common mental health disorders. They both have the potential to significantly impact a person’s mental and physical health, affecting their overall well-being. It is common to hear about anxiety and depression being treated with many different pharmaceutical drugs. These tend to come with a list of side effects including headaches, insomnia, agitation, drowsiness, and sexual dysfunction. Some medications, such as benzodiazepines can also be very addictive and have the potential to lead to substance abuse.

Thankfully, CBD oil has shown promising results when used to treat anxiety and depression. A small Brazilian study found that a 300-mg dose of CBD was effective for reducing anxiety before a public speaking test. The placebo, the 150-mg CBD dose, and the 600-mg CBD dose did not seem to have any effect on the anxiety associated with the test.

Another study has shown that CBD oil has safely treated insomnia and anxiety in children who suffer from post-traumatic stress disorder. Also, several animal studies indicate that it may have antidepressant-like effects as well.

This is all possible because CBD acts on the brain’s serotonin receptors. This is the neurotransmitter regulating both mood and social behavior. However, it is important to speak with your doctor before you change your anxiety or depression treatment as there could be serious side effects to altering or stopping your medication. Always consult with a doctor before starting, stopping, or changing treatment plans.

One of the most studied areas for CBD is in the treatment of disorders such as epilepsy and multiple sclerosis. A small study of 214 people who all have severe epilepsy involved treatment of 0.9 to 2.3 grams of CBD oil per pound of body weight. Overall, their seizures decreased by a median of 36.5%.

Another study found that CBD oil also helped reduce seizure activity significantly in children who have the complex childhood disorder Dravet syndrome  when compared to those taking a placebo.

It is important to state that in both studies, some individuals did experience adverse reactions to CBD treatment including fatigue, fever, and convulsions.

Some researchers think that the way CBD interacts with the body’s endocannabinoid system can benefit those individuals with neurological disorders. Several studies show that people with Parkinson’s disease had improved sleep quality and quality of life with CBD treatment.

Other studies suggest that the anti-inflammatory properties of CBD may aid in the prevention of the neurodegeneration of Alzheimer’s disease. One long-term study on mice that were genetically predisposed to developing Alzheimer’s disease found that it helped to prevent their cognitive decline.

While marijuana has been a common pain reliever dating as far back as 2900 B.C., scientists have recently discovered that CBD is responsible for the pain-relieving effects. The endocannabinoid system, also referred to as ECS, helps regulate the human body’s appetite, sleep, pain, and immune system response. The body naturally produces endocannabinoids. These are neurotransmitters that bind to the many cannabinoid receptors throughout your central nervous system. CBD also interacts with these same neurotransmitters and as a result, may help reduce chronic pain and inflammation.

A few studies in rats found that injections of CBD reduced the pain response to surgical incisions while another study found that CBD administered orally helped reduce sciatic nerve inflammation and pain significantly. Likewise, human studies indicate that a combination of CBD and THC is an effective option for treating the pain associated with arthritis and multiple sclerosis.

Sativex, an oral spray that contains a combination of CBD and THC has even been approved in several countries to treat the pain associated with MS. In a small study, MS patients took Sativex for a one-month period and experienced improvements in walking, muscle spasms, and with pain. However, the study did not use a control group, so more research is needed. A similar study found that Sativex helped with pain and sleep quality in 58 people who suffer from rheumatoid arthritis.

Acne affects more than 9% of people. It is caused by a variety of factors which include bacteria, genetics, inflammation, sebum overproduction, and diet. However, scientific studies suggest that CBD oil may be helpful in treating acne because of the anti-inflammatory properties. It also may reduce sebum production.

CBD is being mentioned more and more in cancer treatment. Science suggests that it may help reduce cancer and cancer treatment symptoms such as pain, nausea, and vomiting. A small study evaluated 117 people who experienced cancer-related pain that was non-responsive to pain medications. Individuals using a compound consisting of both CBD and THC experienced significant reductions in pain compared to those individuals only using the THC extract.

While CBD oil is generally considered safe and is well-tolerated by most people, it is possible that it could cause adverse reactions for some.

Some negative side effects include changes in appetite and weight, diarrhea, and fatigue. It’s also known to interact with many other medications as well. To avoid any potentially harmful interactions you’ll want to speak with your doctor before using CBD oil. This is particularly important if your medication or supplement has a “grapefruit warning” as both CBD and grapefruit interfere with a group of enzymes that play a part in the metabolization of drugs.

A study on mice suggested that cannabis extracts rich in CBD may potentially cause liver toxicity. However, these mice were force-fed exceptionally large doses of the extract, well beyond what would typically be suggested.

On a federal level, hemp-derived CBD products (which must contain less than 0.3 percent THC) are legal. However, state laws vary across the country. Conversely, marijuana-derived CBD products are illegal under federal law but are legal under some state laws. It is important to stay current on both federal and state laws for where you live and anywhere you travel. It is also important to remember that CBD products are not FDA approved and it is possible they are labeled inaccurately.