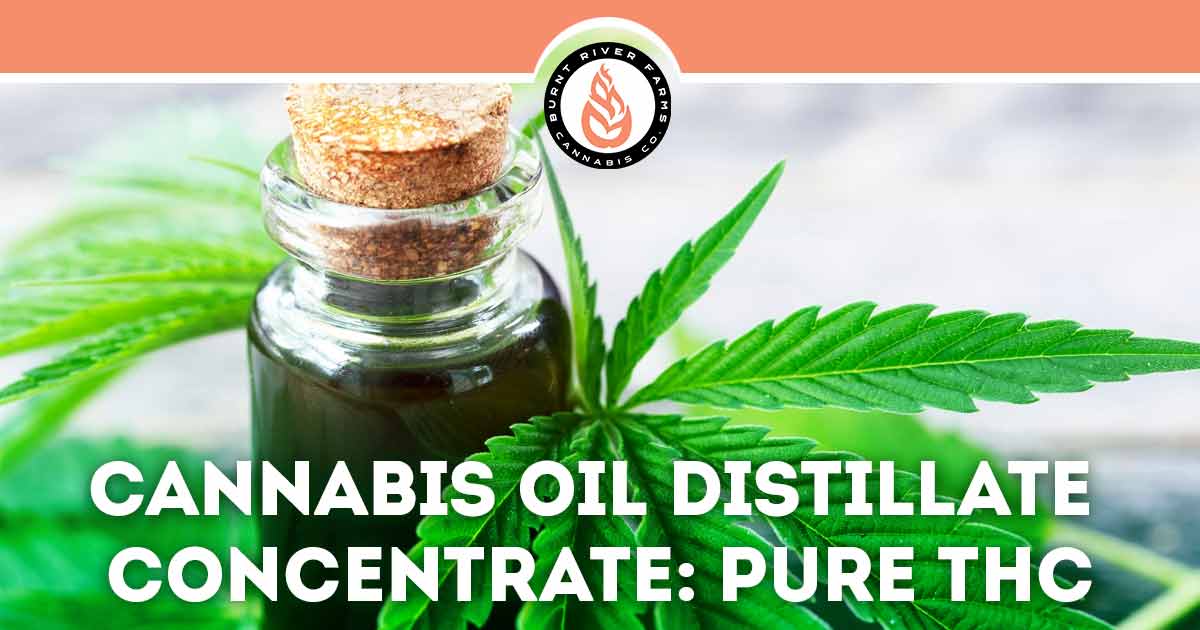 Dollar for dollar, cannabis oil distillate is worth more by weight than almost any other consumable substance in the marketplace. This is because this type of cannabis oil is 99% pure tetrahydrocannabinol sap, or pure THC. Many people say that THC distillate is the future of cannabis concentrates. But what is cannabis, CBD, and THC distillation, and how does it work? We’ve got answers to these questions and more.

What is Cannabis Distillate?

Cannabis distillates are a very pure and potent marijuana product with virtually unlimited consumption options. However, because these products are newer to the cannabis industry, the cannabis distillate process may vary from product to product. Many distillate manufacturers are keeping their distillation process close to the vest as they work through research and development and even work on patenting their process.  But we have an inside look at how this potent form of cannabis concentrate is made and how you can use them.

How is Distillate Made?

A mature cannabis plant is home to hundreds of chemical compounds known as cannabinoids as well as flavonoids and terpenes. The unique combination of these chemicals creates the entourage effect. Together, they interact with the human body’s endocannabinoid system to produce a variety of effects, depending on the strains they were sourced from.

In order to create cannabis concentrates, these components are extracted from the plant matter. However, distillates go a step further by adding additional refinement steps to further distill the concentrate into this very pure form. This process is called “short path distillation process” or “fractional distillation process.”

Before distillates can be made, the cannabinoids, terpenes, and flavonoids must be separated from the plant material using extraction equipment. Since these cannabis compounds have varying boiling points, they’re typically extracted using extraction methods with either hydrocarbon or CO2 solvent-based extraction techniques. This stage of the process removes both the desirable and undesirable compounds from the plant. Winterization, another refinement process using ethanol, is then used to remove the undesirable compounds from the cannabis extracts.

Then, the isolated cannabinoids undergo a process called decarboxylation. During this phase, the compounds are heated to help activate their medical benefits before being passed through a distillation chamber multiple times to create either a THC isolate, CBD isolate, or combination isolate.

Both short path and fractional distillation are not new concepts. In fact, they’ve long been used to make botanical oils for fragrances, essential oils, and even cooking oils. Short path distillation is aptly named because, in this process, the distillate travels a very short distance through the distillation equipment. The extracted material is placed in a flask. That flask is then slowly heated, which creates a vacuum that pulls the vapors up into fractionated tubing first, followed by condensing tubing. This method can be used to create both highly concentrated THC distillates and CBD distillates. It can also be repeated as needed to create a more refined product.

What is the Difference Between Distillate, Oil, and Isolate?

Many people ask about the difference between isolates, oils, and distillates. Cannabis isolates are typically sold as either THC isolate or CBD isolate. These products are often used in cooking, dabbing, infusing, vaporization, and much more. Since the cannabinoids are typically separated, you know exactly what you’re getting. This type of product allows many people to get the benefit of a specific cannabinoid. In some cases, manufacturers may reintroduce terpenes to improve flavor and aroma.

Cannabis distillates typically contain a range of cannabinoids to provide an entourage effect. However, they can also be isolated and separated as they tend to have different boiling points. Many people prefer to use a CBD distillate or THC distillate because they’re easy to use. They’re also flavorless and odorless, which means it is easy to use them discreetly.

Rick Simpson Oil, also known as RSO , is a concentrated cannabis oil. It is considered to be a “rawer” type of concentrate as it still contains some plant matter. However, it still creates a potent final product that is often used to treat cancer symptoms as well as other ailments.

A CO2 oil tends to have greater customization and leads to a variety of products including crumble, sap, shatter, wax, and even vape oil. The process of creating CO2 oil also retains more terpenes than a distillate does.

Cannabis distillates are among the most versatile of cannabis products. Since the final product has little to no flavor or odor it can be used in a variety of ways. Also, since cannabinoids and terpenes are isolated into their own solutions, they can then be recombined into specific formulas with precision. This allows manufacturers to create custom products with extreme accuracy. It also allows customers the option of choosing between THC and CBD distillates if they want one over the other.

Distillates can be taken orally, through vaporization , dabbing, or added to edibles or other smokables. They can be used as-is or in combination with other products. It is the cleanest, purest form of concentrate currently on the cannabis markets.