Everything You Need to Know About Cannabis 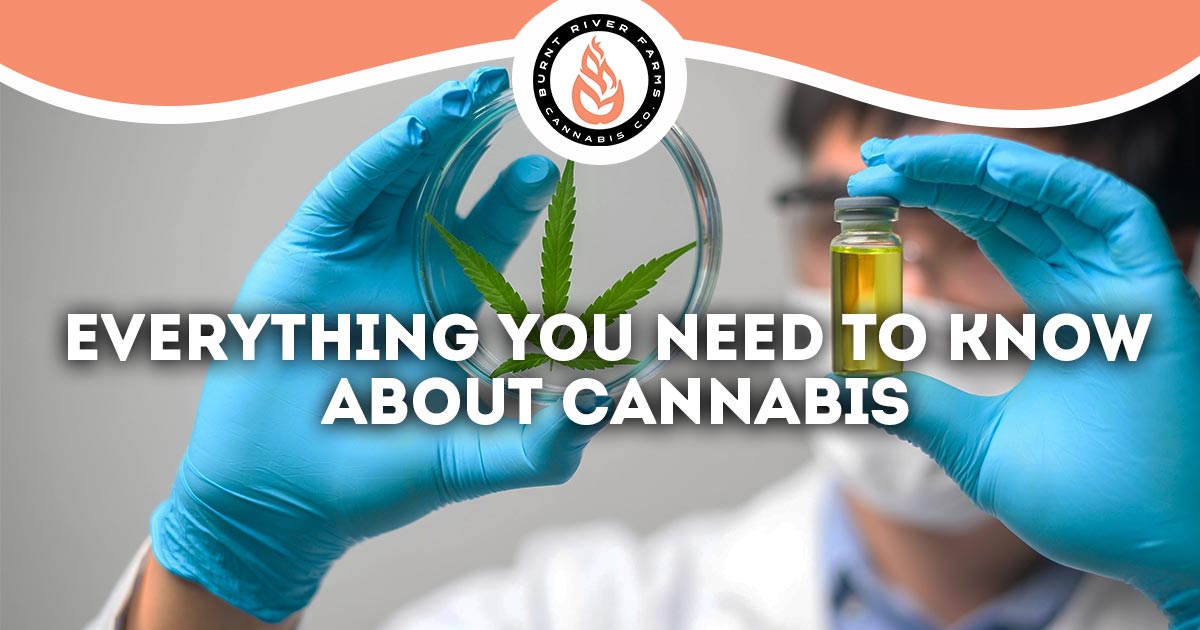 The name “Cannabis” actually refers to a trio of plants: Cannabis Indica, Cannabis Ruderalis, and Cannabis Sativa. Each of these plants has psychoactive properties. This is why their flowers are harvested, dried, then smoked, or made into a number of consumable products. What you’re left with is one of the most common drugs across the globe: marijuana.

Now, as its use becomes more widespread and accepted, more and more people are referring to marijuana as cannabis.

Cannabis is commonly used for calming and relaxing effects. Many people use it to help with a variety of other issues as well, such as pain, glaucoma, and a lack of appetite. It’s important to understand that, even though cannabis is natural, it should still be used responsibly.

Cannabis is very complex. It actually has more than 120 different components called cannabinoids. Studies on cannabinoids are becoming more common as we continuously learn more about what they are and what they do. Experts aren’t completely certain of what each cannabinoid contributes, but they’re beginning to understand the two main cannabinoids: cannabidiol, also known as CBD, and tetrahydrocannabinol, known as THC.

Each chemical has different uses and effects.

What are CBD and THC?

While CBD is a psychoactive cannabinoid, it is non-euphoric and non-intoxicating. This means that it doesn’t give the “high” feeling often associated with cannabis. However, CBD is often used to reduce inflammation and pain. Some people also use it to ease nausea and anxiety. Researchers continually study CBD to understand the full benefits of its use.

THC, on the other hand, is the primary psychoactive compound found in cannabis. This is the chemical that gives you the feeling of being “high” after inhaling or consuming cannabis.

There are a variety of cannabis products on the market that contain just one of these cannabinoids or both. It’s important to keep this in mind, especially if you’re wanting the therapeutic benefits without the sensation of being high. Also, the dried flower of the cannabis plants does contain both cannabinoids. However, there are a wide variety of strains and the potency of the CBD and/or THC can vary greatly between these strains.

Science continues to explore the benefits of using cannabis for a variety of medical conditions. It’s important to always speak with a medical professional before beginning any new treatment plan to ensure that there aren’t any conflicts with any current medications or treatments.

That being said, many people say that cannabis has helped them with their chronic pain, anxiety, and other conditions due to the effects it has upon consumption.

Cannabis has a range of both positive and negative short-term effects. Many people enjoy the relaxation and giddiness often associated with THC use. Some people also experience increased appetite, more intense sounds and sights, and better focus and creativity.

Despite the beneficial side effects, some things could be problematic for some people. These potential negative side effects include anxiety, paranoia, delayed reaction time, coordination issues, nausea, increased heart rate, and decreased blood pressure.

All of these effects, both positive and negative, tend to be less common in products containing only CBD versus those containing THC. It’s also important to note that the means of consumption can also factor into the effects. When smoking cannabis, you’ll feel the effects very quickly. However, when orally ingesting cannabis it may take several hours to feel the effects. As mentioned above, different strains may also have different effects and differing intensities.

Long-term cannabis effects are still being studied. So far, there’s a lot of conflicting research and most research focuses almost exclusively on animals. More human-based studies are needed to fully understand any lasting effects of cannabis use.

How do Cannabinoids Work?

Cannabinoids work by interacting with specific receptors in different parts of your central nervous system. The simple version is that they help regulate how cells communicate with each other and how they process things.

This is all part of the endocannabinoid system, which regulates things such as memory, mood, appetite, and sleep.

As with any substance, there are certain risks associated with cannabis use. For example, research indicates that cannabis may impact brain development when used throughout adolescence. More specifically, individuals who start using cannabis in their teenage years typically have more issues with memory. They’ve also shown to have more learning problems than those who didn’t use cannabis while in their teens. However, the research isn’t clear on if the effects on brain development are permanent or not.

Smoking cannabis poses other potential health risks due to the irritation and inflammation of the airways. It has been linked to bronchitis and could be a risk factor for COPD, also known as chronic obstructive pulmonary disease. Thankfully, studies have shown little evidence that there’s a link between smoking cannabis and lung cancer. However, more research is needed to support this for certain.

It is possible to grow and become dependent on cannabis. The National Institute on Drug Abuse states that individuals who begin using cannabis in their teenage years are up to seven times more likely to develop a dependency on cannabis than those who begin using it when they’re over the age of 18.

Some people even experience withdrawal symptoms such as low appetite, irritability, and mood swings when they stop using cannabis.

Before You Use Cannabis

Before you use cannabis, whether it’s the first time or the 100th, it’s important to be aware of all potential effects. It’s also important to plan accordingly so you’re not using any mind or coordination altering substances during a time when you may need to drive or perform tasks where you could potentially put yourself or others at risk.

It’s also a good idea to speak with your doctor or a pharmacist to ensure that it won’t have a negative interaction with any supplements or medications you currently take. Additional negative side effects may arise with bad combinations of medicines and/or supplements and cannabis.

You’ll also want to speak with someone about proper dosage recommendations. This is especially true when consuming edibles, which tend to have a higher potency than smoking cannabis. Be aware of the signs of an overdose and be sure that you have someone you can call in the event of an emergency.

Another aspect of responsible cannabis use is understanding where your cannabis comes from. It’s best to purchase it from a reliable seller who takes care to ensure a high-quality product for your needs. As dispensaries pop up across the country, do your homework to make educated decisions of where to get your cannabis. Speak with the dispensary to let them know what it is you’re looking for so they can provide you with a product that will meet your needs and make dosing suggestions.