Indica vs. Sativa: What's the difference? 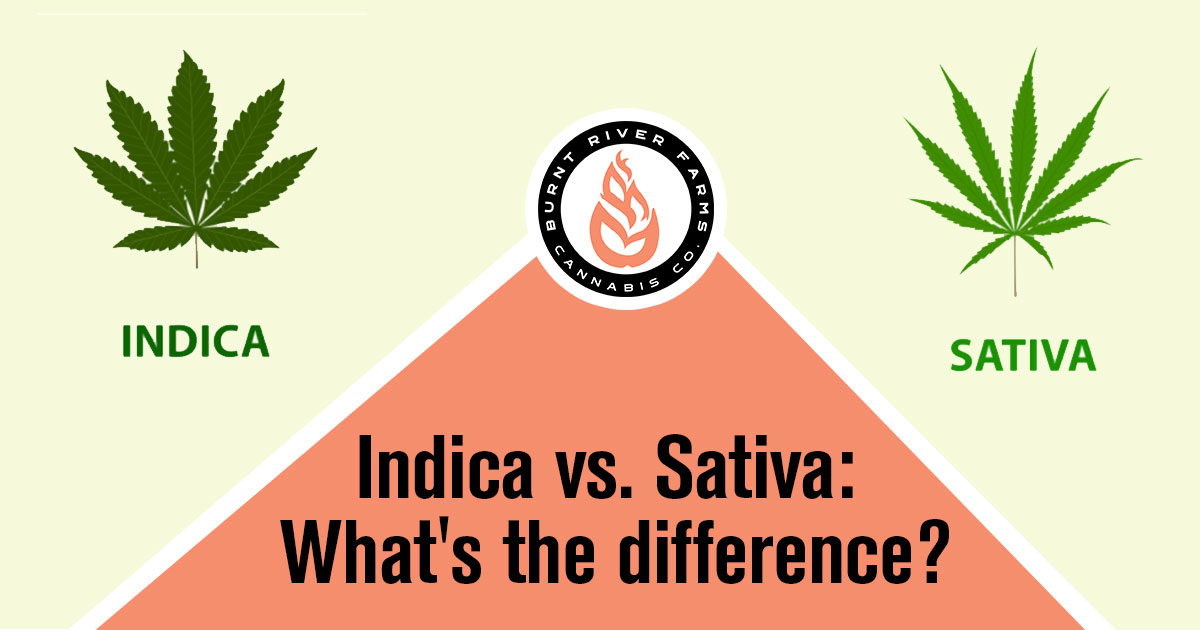 Cannabis strains break down into two broad groups: Indica and Sativa. Each strain has unique properties and may be favored over the other for various reasons. Today we’re going to take a deeper look to help people decide if they should choose Indica vs. Sativa strains based on their specific wants and needs.  The goal of this article is to help in understanding the basics.

What Should You Look for to Understand Strain Effects?

Both Sativa strains and Indica strains are used for a variety of medical and recreational reasons. These different strains of cannabis produce different effects. The Indicas are more known for their full-body effects. Users can expect to experience deep relaxation and an easier time falling asleep. Sativas have a more energizing and invigorating effect. They typically help boost focus and creativity and are more of a “head high” than an all-over high.

Individual cannabis plants produce different effects based on their chemical composition and growing technique. They are distinguishable by cannabinoid and terpene content. Every cannabis plant has dozens of chemical compounds known as cannabinoids. These compounds are naturally occurring in the plants and produce a variety of positive and negative effects.

Researchers are still working on understanding the different cannabinoids, but there are two primary types that stand out among the rest. They are tetrahydrocannabinol, known as THC, and cannabidiol, known as CBD. There are several lesser-known compounds as well.

While most people pay attention to only the THC and CBD content of a strain, newer studies show that terpenes are just as vital. A terpene is another naturally occurring compound found in marijuana strains. Terpenes are responsible for the plant’s smell. They also play a part in the effects experienced by users. There are at least 10 different known terpenes producing various odors and effects. They contribute to everything from reducing pain and inflammation to reducing anxiety to reducing nausea.

An In-Depth Look at the Sativa Strain

Cannabis Sativa is generally found in dry, hot climates with long days of sunshine. This makes the plant ideal for climates in Africa, Central America, Southeast Asia, and even some portions of Western Asia. The Sativa plants commonly reach 12 feet tall and have thin leaves. They also generally take longer to mature than other varieties. Sativa usually has higher doses of THC and lower doses of CBD. When using a marijuana strain that is Sativa-dominant then consumers typically feel more productive and creative rather than relaxed and lethargic. For this reason, it’s more commonly used during the day.

An In-Depth Look at the Indica Strain

Cannabis Indica is more adapted to the turbulent, dry, often harsh climates of Afghanistan, India, Pakistan, and Turkey. The difference in the environment has led to a shorter, stockier plant. Indica cannabis plants are generally bushier with broader leaves. They also grow faster than Sativa plants and produce more buds. Indicia-specific strains generally produce higher levels of CBD while maintaining roughly the same levels of THC. The Indica effects make it highly sought after for its deep relaxation effect, pain relief, and reducing nausea while increasing appetite. Because Indica is so relaxing, it’s better to consume it at night.

Cannabis growers are constantly experimenting to produce new and unique cannabis strains. Each hybrid strain is created to provide specific effects. They’re typically grown on farms or in greenhouses and often use both Indica and Sativa strains. Hybrids tend to take on the physical characteristics of either one or both of the parent plants. Many hybrids are created as a way of increasing THC content, but each new hybrid is a new and unique ratio of cannabinoids. The predominant effects determine if the patients should use it during the day or at night. Hybrids are generally described as either Sativa-dominant or Indica-dominant.

There is another type of cannabis called cannabis ruderalis. This type of cannabis plant is adapted to extreme environments in Eastern Europe, Siberia, Russia, and the Himalayan regions of India. They grow quickly and survive in colder, less sunny environments. They’re small, bushy plants, rarely surpassing 12 inches tall. However, they can go from seed to harvest in just about a month’s time.

Cannabis ruderalis isn’t commonly used because it doesn’t produce particularly strong effects. They often have little THC and higher amounts of CBD, but CBD levels may not be high enough to produce the desired effects. While the effects leave much to be desired, the quick-growing nature of the plant is something desirable in the cannabis industry. This is why some farmers have cross-bred ruderalis with Sativa and Indica to create more desirable products.

Indica vs. Sativa vs. Hybrid: What’s Right for You?

There are many different types of cannabis products. The cannabis strain you choose should provide the benefits you’re looking for. It’s important to understand the effects of marijuana on the mind and body. You’ll also want to think about what kind of experience you hope to have and the consumption method. Think about your goals and choose a type that is known to provide the desired effects. The experienced personnel at your local dispensary can help point you in the direction of the right strain and products for you. Keep in mind that certain strains should be used at specific times of the day to maximize effectiveness.