The Effects of Cannabis on Your Body 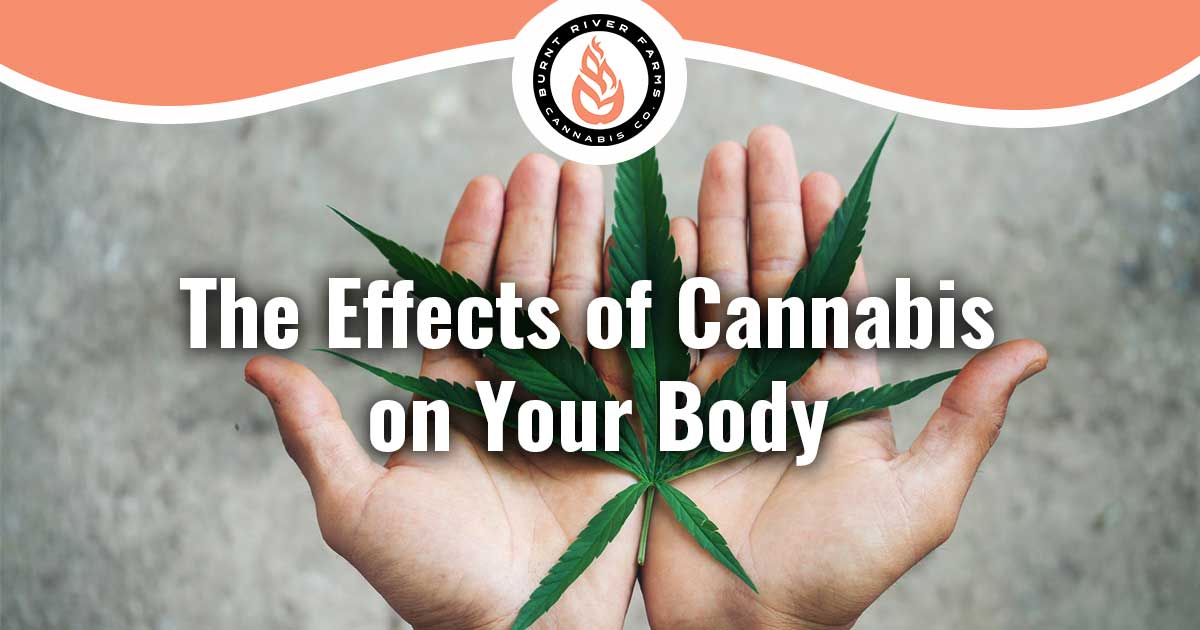 How Weed Affects Your Mind and Body

Smoking just about anything can cause airway inflammation and smoking pot is no exception. Smoking is an irritant to the lungs that can cause a cough and increase the likelihood of developing chronic bronchitis. That being said, a 2012 Harvard study states that moderate consumption of marijuana doesn’t have an adverse effect on lung function. Moderate consumption was identified as one joint per day for as long as seven years, according to their website. That’s not to say that you won’t experience a cough, chest tightness, shortness of breath, or throat inflammation if you smoke weed. Scientists continue to research the health effects of marijuana on the lungs.

Thankfully, if you’re concerned about the health effects of smoking on your lungs, there are many other ways you can use cannabis and cannabinoid. Some individuals who suffer from asthma or other lung problems prefer to ingest cannabis by way of edibles. Edibles still allow the user to enjoy the health benefits of consumed cannabis. In fact, some say it helps improve their asthma and other conditions due to its anti-inflammatory properties.

According to another Harvard article, the current state of evidence  cannabinoids found in cannabis can increase resting heart rate, dilate blood vessels, and make the heart pump harder. They also mention that if you have established heart disease then you may develop chest pain quicker than you would have if you didn’t have heart disease. However, for those with minimal cardiovascular risk and no history of heart disease, marijuana use is not a significant threat.

Cannabis also causes blood vessels to expand and fill with blood. This is why bloodshot eyes occur after using cannabis. The THC in marijuana also tends to reduce pressure within the eyes. This effect actually eases glaucoma symptoms.

This change in blood vessels isn’t limited to just the eyes. One study showed that some users experienced blood flow changes in the brain even after a month from abstaining from marijuana use. It was a small study, but it did show that blood flow velocity is significantly higher for marijuana users in comparison to non-users. Research also showed that chronic cannabis users had higher CMRO2 and OEF than non-users. This means that, in addition to having increased blood flow, the brains of those people who used cannabis were able to extract more oxygen from the blood than people who didn’t use cannabis.

Cannabinoid compounds work with nerve cell receptors to ease discomfort and slow down pain impulses.  There is also evidence that they ease nausea and vomiting and can even increase appetite. This is why marijuana is a popular therapeutic choice for people who are dealing with chemotherapy side effects or other causes of unintended weight loss.

Not only does it help with these things, but it has also been shown to reduce inflammation. This is because cannabinoids act as anti-inflammatory agents within the body. Research is starting to show that it may also help with neurodegenerative disorders with inflammation such as Parkinson’s, Alzheimer’s, and multiple sclerosis.

The THC in marijuana also causes the brain to release dopamine. This is the body’s naturally occurring “feel good” chemical. This response can often help relieve symptoms of anxiety or depression. Though, for some, instead, they may have feelings of paranoia.

If you’ve smoked marijuana, you may experience a burning feeling in your mouth or throat when inhaling smoked cannabis. For this reason, many may prefer alternate methods such as consuming marijuana using edibles. Cannabis can actually cause digestive issues when eaten if not prepared properly. However, when prepared properly edibles can offer the physical effects  of cannabis without having a negative impact on your respiratory system.

And, while we know that marijuana can help ease nausea and increase appetite, research suggests that people who use cannabis aren’t at an increased risk of developing obesity or diabetes over non-users.

Many people have reported that consumed cannabis has provided symptom relief from a variety of digestive disorders including IBS, Crohn’s disease, and even ulcerative colitis. It may also help with abdominal cramping and pain, constipation, diarrhea, nausea and vomiting and acid reflux.

One very small study reported that almost 30% of participants with Crohn’s disease were able to stop their prescription medication and instead rely only on medicinal cannabis.

The endocannabinoid system is considered to be one of your immune system’s gatekeepers. Receptors in the ECS regulate the effect cannabis has on the immune system. CBD and THC both have very distinctive effects because of how they interact with these receptors. CBD is what suppresses some of the body’s inflammatory responses. It can also induce cellular death, which isn’t necessarily a bad thing as it’s a normal part of the cellular life cycle. THC also helps suppress inflammatory responses but it does so by actually altering the function of the immune cells which are responsible for antimicrobial activity.

Studies are showing that THC actually may play a part in suppressing the immune system. In theory, this has the potential to make you more susceptible to contracting an infectious disease. However, for those individuals who have overactive immune systems, such as those with autoimmune conditions, this may turn out to be beneficial.

Though there seem to be a variety of medical benefits people receive from using marijuana, it’s important to understand that nothing is without its health risks. In addition, it is possible for marijuana users to develop marijuana use disorders, cannabis dependence, psychological effects, and other health consequences.

Some negative side effects may include anxiety, impaired concentration, impaired coordination, fear, panic, and impaired reaction time. It can also become habit-forming for some marijuana users. With long-term use, some people experience adverse effects of depression, dependence, and chronic lung infections. Daily cannabis use has also been shown to result in cannabinoid hyperemesis syndrome. This is a condition that causes gastrointestinal symptoms such as abdominal pain, nausea and vomiting. Typically stopping cannabis product use will resolve these symptoms.

It’s important to talk to a medical professional before using any cannabis product as it can interact with some medications you currently take. It’s also important to talk to your doctor before changing or stopping any current medications. The last thing you want to do is complicate your condition or have a bad interaction between a cannabis product and your current medication. A doctor can help make sure you’re safe.