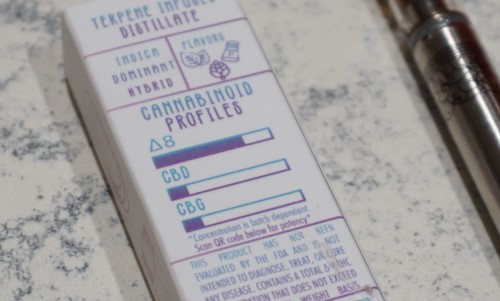 If you enjoy the taste and smell of cannabis, you may be familiar with terpenes. It is not the cannabis itself that you are tasting and smelling. Instead, it’s little-known compounds inside the cannabis plant called terpenes that provide both the taste and smell to be enjoyed. This is not to say that the terpenes have much if anything to do with the buzz or the psychoactive part of smoking cannabis. Simply speaking, it doesn’t. That part is the cannabinoid, known by its scientific name, phytocannabinoid tetrahydrocannabinol, another constituent of the plant.

All of this is a way to say that, depending on the reason a smoker enjoys his cannabis, a smoker is appreciating either the cannabinoid or the terpenes. If a smoker smokes to get high or feel a buzz, it’s the cannabinoid being enjoyed. On the other hand, if it’s the smell and taste the smoker is after, it’s the terpenes. This is all about nothing to many people, but when it comes to truly enjoy the taste and smell of the cannabis plant, it’s an important part of any discussion.

Long before anyone is thought to have begun smoking cannabis, the little marijuana flower had another purpose. Call it survival of the most pungent, but terpenes were a part of the cannabis plant to attract pollinators and repel predators. Many things influence a cannabis plant and its ability to produce terpenes. These include the climate where a plant is growing, the weather, the age and maturity of the plant, fertilization of the land where it is located, and even the time of day.

Fast forward a few thousand years to the current era, and terpenes give smokers a different reason to enjoy them. Far be it from those snooty wine lovers who sniff and taste their choice vintages, cannabis lovers have their own modus operandi with their distinctive tastes and smells, thanks to those divine little terpenes. Marijuana flowers that give off their strong fragrances are said to be “loud” or “dank,” which is indicative of the character of the flower’s quality.

Both the flavor and aroma of cannabis are subjective, of course, depending on the likes and dislikes of the smoker. Still, descriptions of the aromas emitted give smokers descriptive terms for the different varieties, none of which indicate either a high or low quality, but just the differences being described. These range from “piney” and “diesey” to “skunky” on the high side, to “grassy,” which tends to describe aromas on the low-quality side. As pointed out before, these different aromas—without regard to a distinctive flavor for any of these—is evidenced by those little terpenes hard at work.

If none of this means much to you, you might think of it just as a wine lover does his favorite vintage, describing it as “sweet” or “woody.” Cannabis lovers have their own “vintage” to explain what they prefer in their tastes and smells. It all depends on what the individual likes or dislikes in their plant.

OTHER SOURCES OF TERPENES

Terpenes are just another type of essential oil, the same product being touted today and used for everything from aromatherapy to giving a more pleasant aroma to cleaning products. Likewise, terpenes are essential oils extracted from cannabis for the use of smokers everywhere.

Researchers are currently at work to determine what other influences terpenes has on users just as they are for those from other plants and foods. Researchers know that terpenes have a similar effect on the cannabis plant in support of different functions.

WHERE DO TERPENES COME FROM?

If you have ever taken a close look at the cannabis plant’s leaf, you have probably noticed they are covered with tiny hair-like structures, which give it its shine and sticky feel. Those are called trichomes, and they are what produce the terpenes in the cannabis plant. Those little trichomes have resin glands inside of them that provide both the terpenes and cannabinoids, which in turn produce cannabidiol (CBD) and tetrahydrocannabinol (THC), virtually everything cannabis users are after in their smokes. It’s all in those tiny trichomes that cover the plant.

WHAT IS THE DIFFERENCE BETWEEN TERPENES AND TERPENOIDS?

In the past few years, as the market for the marijuana flower and all of its various incantations has taken off, so has confusion over the difference between terpenes and terpenoids, so much so that the terms have become largely interchangeable. This is unfortunate since they are distinctively different.

Terpenes are hydrocarbons, chemical compounds made from a combination of hydrogen and carbon, both of which are chemical elements found on any table of the elements that you probably remember from science classes. When these two elements are combined after cannabis is dried and cured, the terpene atoms become oxidized, and those same terpenes become terpenoids.

WHY DOES THE CANNABIS PLANT PRODUCE TERPENOIDS?

This is another of those questions that, to answer, must be taken back to the beginning when it was just a little marijuana flower itself. It was trying to prevent all those pesky insects, herbivores, and other environmental dangers from making a meal of them or trying to get high but keep the plant growing and thriving.

There are more than 200 different types of terpenes in a cannabis plant. For better or for worse, most of these terpenes are present in such small quantities that they are untraceable by scientists, even if they are smoking them in the lab, but they are there nonetheless. Scientists agree that most of these trace terpenes are present for no other reason than to create more little terpenes. What is most important about terpenes is that they continue to thrive as the cannabis market grows and gives users what they are looking for: a terpenes-rich final product.

Burnt River Farms is a firm in Ontario, OR, dedicated to providing cannabis users with not only the finest qualities of marijuana but also with the best, most verifiable information about cannabis.