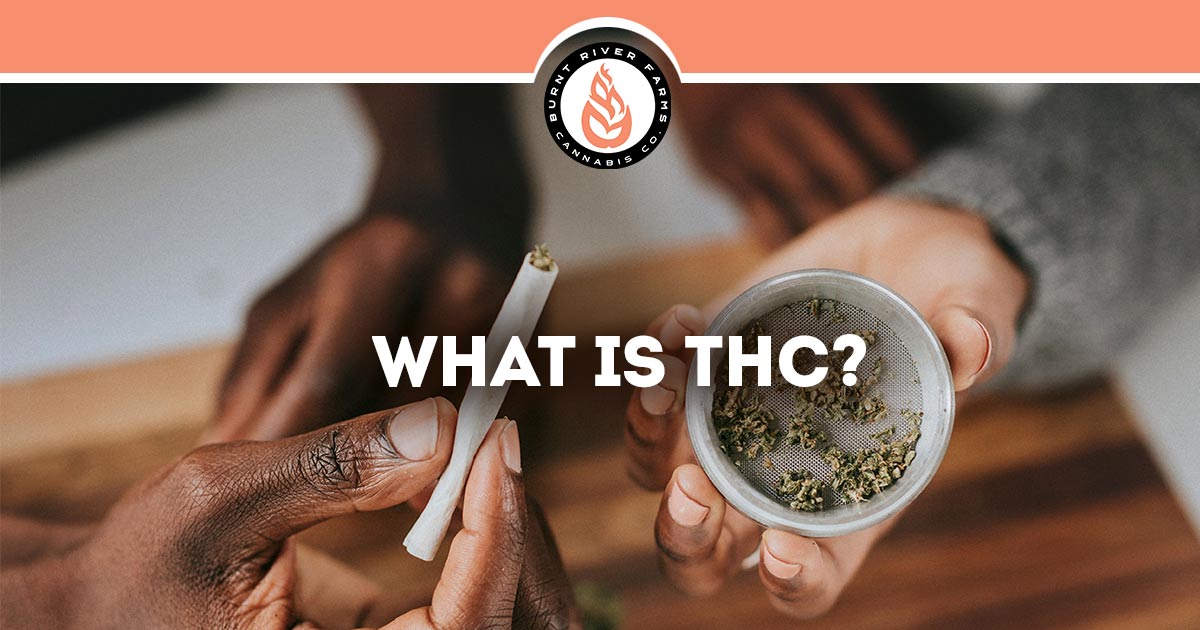 THC, also known as tetrahydrocannabinol, is the specific chemical responsible for most of the psychoactive effects caused by marijuana. But what is THC really? What effects does it have on the human body, what are the risks of its use, why do people use it medicinally, and what happens if you overdose on THC? We’ll answer these questions and more to help you understand everything you need to know about THC.

Scientists are still studying the endocannabinoid system but what they’ve learned so far indicates that it plays a large part in maintaining homeostasis within the human body. Your body makes endocannabinoids, also known as endogenous cannabinoids. These molecules are typically created on an as-needed basis to help keep your body running smoothly.

Effects on the body and central nervous systems

The effects tetrahydrocannabinol (THC) has on the body depends largely on the quantity, quality, and means of consumption and THC levels. When inhaled, the THC found in the marijuana plant signals the brain cells in charge of dopamine creation. Increased levels of dopamine lead to feelings of euphoria. This elated feeling can result in relaxation, sedation, pain relief, mood elevation, heightened sensory perception, and more. When ingested in food, it can take much longer to feel the same dopamine effects.

Studies show that, when used properly, THC has many medical benefits. It’s actually shown to improve memory when taken in small doses. THC has also been shown to block the enzyme in the brain that creates the brain-cell-destroying amyloid plaques that potentially result in Alzheimer’s disease.

Despite the benefits of THC, there are a few risks associated as well. THC can interfere with the brain’s information processing. This may result in issues with short-term memory recall, trouble concentrating, anxiety, paranoia, hallucinations, or delusions. There’s also a possibility that THC can trigger relapses in schizophrenic symptoms.

Another potential risk of using THC is impaired motor skills. It is suggested that users wait for at least three hours after consumption before driving. Those who use medical marijuana shouldn’t drive until they’ve shown that they tolerate it well and can successfully conduct motor tasks.

There’s also been some concern that long-term THC use in young people can lead to decreased memory and cognitive function, as well as a decrease in IQ. It has also been mentioned that there is a possibility that it could possibly impair fertility in both men and women. However, there is not enough research to support these claims.

A study in 2016 showed that marijuana smokers who started around the age of 14 tended to do worse on cognitive tests than their non-smoking peers. However, this was a small study on only 300 students. The study also suggested that marijuana users also had a higher occurrence of dropping out of high school. However, those who started around the age of 17 did not exhibit these same problems.

Smoking marijuana can cause many of the same respiratory problems as those experienced by tobacco smokers. However, studies note that heavy marijuana users do not have a greater risk for lung cancer.

Marijuana has been used with patients for treatment for medical reasons for over 3,000 years. As of 2021, about 70% of the United States has legalized medicinal marijuana.

There are some FDA-approved medications, such as dronabinol, which used synthesized THC tetrahydrocannabinol to and cannabis extracts prevent the nausea and/or vomiting commonly associated with some cancer medications. It is also used to increase the appetite of individuals with AIDS.

Those who use medical marijuana typically use it to help reduce chronic pain associated with certain medical conditions. It also helps with glaucoma and reduces inflammation. THC has been found to turn off the Id-1 gene to help prevent the spread of cancer. Likewise, it has been shown to slow the growth of tumors in the breast, brain, and lungs.

Since THC offers chronic pain, pain management, and inflammation relief, it’s no surprise that it is commonly used to treat arthritis. It is also used to help treat digestive conditions such as Crohn’s disease, nausea and vomiting, ulcerative colitis, and other inflammatory bowel diseases.

Another benefit of medicinal marijuana is the way it helps control epileptic seizures. It also has been shown to help stop negative neurological effects and muscle spasms commonly seen in multiple sclerosis, Parkinsons diseases, Dravet’s Syndrome, Leeuwenhoek’s Disease, and more.

These are just some of the conditions treated by medical marijuana or THC and CBD products. The number of people who find relief from varying conditions grows every day.

The most common way to overdose on THC is with edibles. Edibles are foods that contain THC. THC tends to be more potent when absorbed through the gastrointestinal tract. Results last longer and have higher levels of intensity. When inhaling THC, effects typically last between 45 minutes and a few hours. However, with edibles, effects can last for six to eight hours. It is very important to follow dosing instructions when it comes to edibles.

Fatal overdoses of THC are unlikely according evidence from the CDC.

Concentrations of THC in cannabis

THC degrades into cannabinol when exposed to air. Cannabinol is a cannabinoid with its own effects. THC concentration significantly depends upon cultivation of the marijuana plant, also known as Cannabis sativa L.

There are different types of cannabis with varying amounts of THC. Hemp, for example, is as low as 0.5 percent by weight, which makes it a common choice for both medical and industrial purposes. There are also some strains with as low as 0.3 percent. Typically, marijuana is between 1 and 5 percent. The lower the THC levels, the more that must be consumed for the desired effect.

One of the most important things about purchasing or using any cannabis products is to be aware of the source. You want to make sure that you’re getting a high-quality product without any additives that could result in undesirable effects. Dispensaries that keep excellent track of their product including cultivation, extraction, packaging, and distribution are more likely to be able to provide you with a quality product you can safely use.

It’s also important that you make informed decisions about purchasing and using any cannabis products. Be aware of any potential side effects and follow dosing instructions carefully. Avoid operating motor vehicles or heavy machinery while under the influence. Keep out of reach of children. If you are going to use cannabis products, cannabis extracts, CBD products,  recreationally or for medical benefits, it’s extremely important to use them responsibly and follow local marijuana laws.