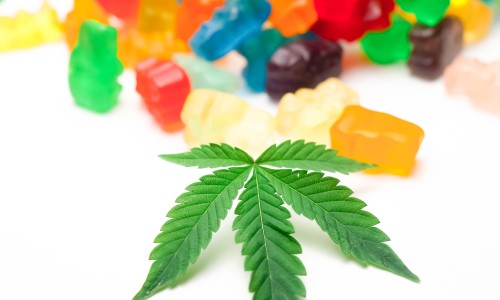 Cannabis edibles are growing in popularity and are now in high demand. While smoking marijuana has been one of the most common and traditional methods for consuming cannabis, eating it is now considered the latest trend.

While this is true, there is some archaeological evidence suggesting that consuming weed in foods dates back to 1000 BC. Also, cannabis as an edible was used for several centuries in ancient China and India before being introduced in Western medicine during the 19th century. It has now been used to treat an array of conditions like chronic pain and digestive problems.

The use of edibles in Huntington and around the U.S. saw an increase in the popularity of edibles during the 1960s. Today, these are still popular in the U.S. and worldwide because of all the benefits they offer. However, some still wonder what are cannabis edibles, and why should they use them?

GETTING TO KNOW THE TRUTH ABOUT CANNABIS EDIBLES

Today, cannabis edibles can be found at any dispensary; however, what are they? Edibles are types of drinks, foods, and other recipes that are made using some type of cannabis. It can be raw cannabis with higher levels of THC, CBD, or hemp. These are all popular for edibles. The actual term “cannabis edibles” is used for describing any type of cannabis-based product that was eaten, rather than being consumed as vapor or smoked.

There are all types of foods and recipes that contain cannabis. Usually, they are in the form of sweets or other baked goods, which helps to mask the earthy odor that cannabis usually has. A popular way to consume cannabis is through “weed brownies,” which are commonly seen in movies. Today, they are popular to get started with cannabis edibles.

There are quite a few cannabis users who prefer the edibles over vaping or smoking because they don’t want to inhale smoke or deal with the health problems related to smoking. Even though weed isn’t considered dangerous, evidence has proven that the smoke getting inhaled in the lungs can cause serious damage.

Smoking cannabis often has also been directly linked to respiratory issues, bronchitis, and may impair someone’s brain function. Instead, all these health issues can be eliminated by eating cannabis.

Another huge benefit offered by edibles is that they usually last longer than the effects of smoking. When cannabis is smoked, it will enter into the bloodstream right away, which means the effects are felt quickly, but not for very long. If marijuana is eaten, then the digestive system will work much slower by releasing cannabis over more extended periods. This is a huge benefit for anyone who takes cannabis for treating pain.

Not only do edibles taste great, but they are also discrete. When someone smokes cannabis, it is considered anti-social and can be noticeable because of the distinctive odor that it produces. This means that users would not be able to smoke in public if they did not want to be seen. When eating cannabis in someone’s favorite food, it may be done without others having to know.

WHAT IS THE EFFECT OF EDIBLES?

When compared to smoking a joint, edibles provide a much stronger high that is going to last longer. Sometimes it lasts for up to six hours; however, it does take longer to kick in. While the person will feel the effects of smoking in just minutes, they will peak at 30 to 60 minutes and taper off between two and four hours. However, when someone decides to smoke, they will be able to absorb more cannabinoids, which are the high-inducing ingredients found in weed, like THC – tetrahydrocannabinol – than what is provided by edibles. Many people wonder why an edible creates a high that is more potent and lasts.

THE ONGOING EFFECTS OF EDIBLES

The main issue is that weed is metabolized much differently when eaten than when it is smoked. It will be metabolized to different degrees in various parts of the body, all depending on the administration route.

The actual difference between vaping or smoking and edibles is that with the edibles, a more substantial amount of the Delta-9-THC will make it to the liver first. This is when it is converted to 11-hydroxy-THC. This means that if someone vapes or smokes, the ratio of the 11-hydroxy-THC to the Delta-9-THC is very low, and if the edible is taken, it will be much higher.

While most have heard of THC, the 11-hydroxy-THC is a unique cannabinoid and has not been studied as much. Some research related to 11-hydroxy-THC is older and focused on finding it in urine samples along with blood assays, instead of the psychoactivity.

The 11-hydroxy-THC is considered a strong element, and some believe it is more so than its cousin. Back in the year 1973, nine men were injected with one milligram of 11-hydroxy-THC, and then later THC. Once this happened, they were asked to rate their level of “high” on a scale ranging from zero to ten.

Once this was administered intravenously, there were both pharmacologic and psychologic symptoms produced. All the subjects involved in the test reported a high within two to three minutes after the administration of 11-hydroxy-THC, which was faster than regular THC.

WHEN TO USE EDIBLES

The question that some people have is when they should consume edibles rather than smoking or vaping. This is a good question, and for some, it comes down to personal preference. It is good to learn more about edibles and see if they are the right option for a person who wants to achieve the benefits offered by cannabis. Being informed is the best way to ensure the desired results are achieved.

Keep in mind, edibles may not be the right option for everyone. Sometimes a process of trial and error is needed to figure out if edibles are a preferable option for consuming cannabis.