WHY IS RECREATIONAL MARIJUANA SO POPULAR? - September 22, 2020 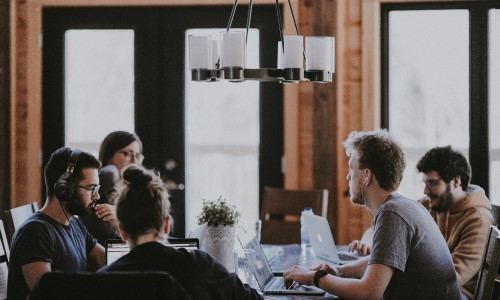 It used to be the case that the average consumer assumed marijuana was incredibly addictive, dangerous, and harmful to users’ health. These assumptions were based not on scientific evidence but on scare tactics used by political officials and the media to uphold the prohibition on marijuana that was in place for most of the 20th century. As modern science continues to prove these assumptions wrong, the media has also changed its tune, and many political leaders have altered their policy stances. The net result is a decrease in scare tactics intended to stop people from using weed.

While it turns out that using marijuana was never particularly dangerous, obtaining it used to be. Today, consumers who live in states with legal recreational marijuana can simply head to the dispensary and purchase whatever products they want from a reputable vendor. That means no more meeting up with drug dealers, no risk to personal safety, and no potential for getting ripped off.

It used to be the case that even avid marijuana enthusiasts were afraid to admit they smoked pot, not just because it was illegal, but because it came with a negative social stigma. Americans used to assume that all pot smokers were degenerates, or worse. Today, average people use marijuana to de-stress, facilitate social interactions, and unlock their creative energies. As a result, the social stigma surrounding marijuana use has all but disappeared in many areas of the country. Now, avid smokers can own up to their habits without fear of social reprisal.

Just like getting together with friends for a drink after work, social smoking allows consumers to bond with others and form connections. Since marijuana tends to loosen inhibitions, it’s become a popular means of facilitating conversations at parties and helping the otherwise awkward have meaningful conversations. This increase in social smoking supports peer bonds and helps to shift consumers away from more dangerous legal drugs like alcohol.

Marijuana has a long history of being viewed as a substance of choice for artists, and with good reason. Certain strains are well-known among recreational users for enhancing creativity. Marijuana also acts on the brain to make listening to music and appreciating certain forms of art more enjoyable, so it’s not just creators who get to benefit from it. Patrons of the arts love marijuana’s ability to unlock their creative sides, too.

RELAX AFTER A HARD DAY

While some strains of marijuana, primarily sativas and sativa-dominant hybrids, are known for bringing out users’ social sides and enhancing creativity, others are perfect for inducing relaxation. That’s good news for anyone who works a stressful job. Just like many Americans still love popping open a cold beer after a hard day of work, marijuana enthusiasts look forward to relaxing with a bowl in their hands. They find that it helps them unwind and refocus on the positive things in life.

While illicit drugs, and even legal drugs like alcohol, often cause users serious problems with addiction and physical dependency, marijuana doesn’t generally have the same effect. Even heavy smokers don’t report experiencing severe or life-threatening withdrawal problems when they stop smoking, and addiction rates among marijuana users are very low compared to other recreational substances. Plus, the idea that marijuana is a “gateway drug” has largely been debunked, so more people feel comfortable with periodic use knowing that it’s unlikely to lead to an escalating drug abuse problem.

Behind all the social factors that go into marijuana’s increasing popularity lies one important truth: most people find it enjoyable to smoke pot. When a consumer gets stoned, the THC binds to receptors in the brain and body that induce pleasant physical and psychoactive sensations. That’s because THC stimulates the brain to increase the release of dopamine, a natural feel-good chemical.

The effects of THC on the brain can make it easier to embrace positive changes. What seems like a major disaster before smoking can turn back into the manageable problem that it really is after just one joint. The ability to temporarily mask all the negativity in the world and in an individual’s life can be extremely beneficial, especially to those who are prone to negative moods. In many cases, reframing problems in a more positive light makes them easier to deal with. It can also help those who are feeling burnt out as a result of heavy work schedules or family responsibilities maintain the energy they need to stay productive and focused in other areas of their lives.

Since the legalization of marijuana, plant breeders have been hard at work creating boutique strains with very specific tastes, aromas, and effects. It’s now possible for consumers to find strains of marijuana specifically tailored to their needs. Those who haven’t smoked in a while should bear in mind that today’s marijuana farmers also select for high THC concentrations, so don’t go overboard. A little of today’s recreational pot goes a long way compared to the low-potency strains of the past.

Now that it’s clear why so many people are embracing marijuana legalization, it’s time for those who’ve been hesitant to try it in the past to jump on the bandwagon. The best way to get started is to check out Burnt River Farms. We cater to recreational customers and offer a wide variety of smokable marijuana flower, extracts, concentrates, edibles, topicals, vaping products, and much more, all at thoroughly reasonable prices. Browse our menu online and get ready to head over for drive-thru pickup.